We actively and successfully develop silicon technologies since the late 1970s. Our research in technologies of float zone (FZ) melting (high-frequency heating 2MHz ) and growth of silicon from melt by the Czochralski method yielded in more than 20 certificates of authorship (analog of patent), and in a similar number of articles and reports.

The rapid growth of solar technology in the mid- 2000s made ​​us to address the problems of obtaining not only defect-free crystals, but also high quality raw materials. One of the most important goals for us has always been the availability of raw materials, both in terms of quantity and in terms of prices. In 2007 our research and production team approached to the use of electron beam technology for silicon feedstock production and achieved considerable success in this direction. Our research and development allowed us to successfully apply method nearly unepxloited before in the semiconductor industry and to shift from laboratory experiments to industrial research.

Developed technologies received 3 patents in Russia and were presented at 2 international conferences, including 26 EU PVSEC Hamburg, September 2011. The quality of the silicon has been successfully tested by the Czochralski method at Prolog Semicor, Ukraine (testing conducted in 2010) and by FZ melting method at IKZ, Germany, and Topsil Semiconductor Materials A/S, Denmark.

project Nr. 4.5 “Technological research and production of silicon with a diameter of up to 100 mm for use in power rectfiers”"

Project 2.1. The introduction of technological research and the development of an optimized cathode-ray heater for the production of high-purity materials. Progress in October – December 2019 05 Feb 2020 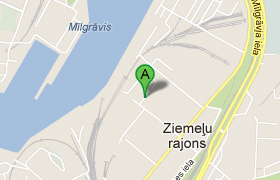